Man fights crocodile to save live in Odisha 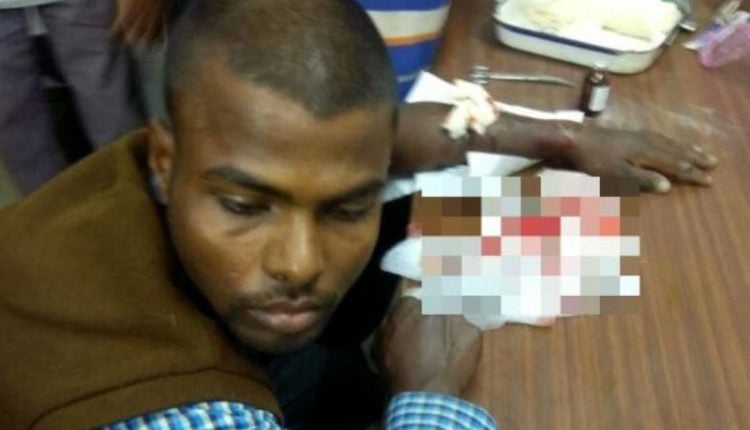 Kendrapara: A man had a narrow escape from being swallowed by a crocodile at Kandira village in the district early this morning.

According to reports, one Vinod Mallick of Kandira village had gone to Patasala river to take bath. But, a crocodile caught his left hand and tried to drag him into the deep river. However, the 27-year-old Mallick fought the crocodile courageously and managed to escape from being swallowed.

Mallick who had sustained grievous injuries on his left hand was rushed to the Rajnagar Community Health Centre. Doctors attending Vinod informed that he is out of danger.

The incident has caused panic among the locals as most of them go to the river for taking bath and washing clothes.