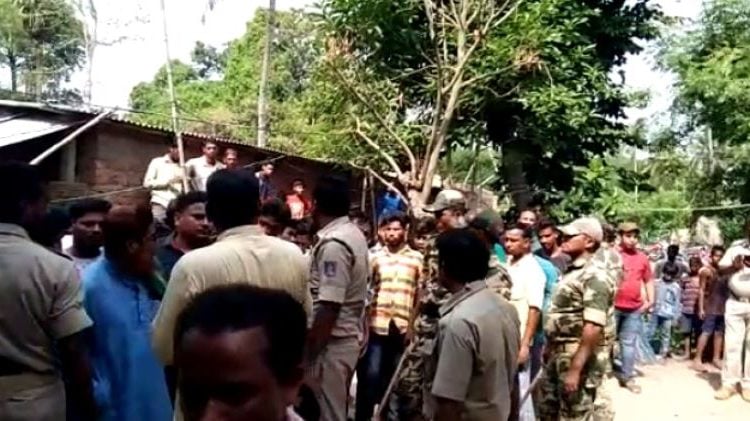 Soro: In a tragic incident, a man attempted to commit suicide by killing his wife by slitting throat over a family feud in Parmahala area under Soro Municipality limits in Balasore district last night.

The deceased woman has been identified as Baby Khatun.

The incident took place late last night while the victim along with her husband and the accused Sheikh Mantu was on a visit to a religious shrine located around 1 kilometre away from their home in Anga Bazar.

Woman critically hurt in murder attempt by nephew in…

Eyewitnesses said, a verbal duel erupted between Mantu and his wife over certain issue and in a fit of rage he took out a knife and slit the latter’s throat. Baby died on the spot.

Later, Mantu tried to commit suicide by slitting his throat with the same knife and bled profusely.

A police team from Soro led by IIC Khyamasagar Panda rushed to the spot after getting information and rushed the accused to the local hospital in critical condition.

An investigation has been launched into the incident by police.