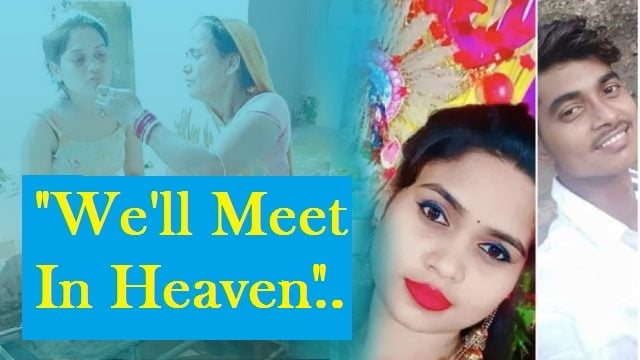 Bhubaneswar: A girl in Odisha’s Bhubaneswar has proved that the ‘lovebirds/lovers die but not their true love’ as she committed suicide a couple of days after her boyfriend’s suicidal death over love failure.

One Jagannath Sahu of Balakati on the outskirt of Bhubaneswar had opened a tiffin shop on the main road of Balakati Market. Priyanka Bhoi, alias Liza, a resident of Achyutapur village, used to go through the route every day to a nursing school for her studies. Gradually, Jagannath and Priyanka’s love affair started.

Liza got a job at a private hospital in Cuttack after completing her nursing courses. In the meantime, the lovebirds had already decided to get married. They even had informed their family members about their relationship. However, the family members disagreed allegedly due to casteism.

After their family did not give permission for their marriage, Jagannath allegedly went to Liza’s house on the fateful day. However, he was shocked, saddened and broke down as the family members objected to their marriage. On his return to the house, Jagannath made a video call to his lady love and attempted to commit suicide by consuming poison.

Jagannath was rushed to the Balakati Hospital in critical condition. Liza too went to the hospital to meet him. However, Jagannath had already died before her arrival.

Later, postmortem of Jagannath’s body was conducted following the intervention of Balakati Police and the body was handed over to his family members, who donated his eyes.

The incident took a new twist, after Liza, who could not accept Jagannath’s death, also ended her life by hanging herself from the ceiling fan in the absence of her family members.

When the family members returned home, they rescued Liza in a critical condition but she breathed her last after some time. It is alleged that she would have survived if she were taken to the hospital for treatment.

Police went to Liza’s house and seized her body and sent it to the Capital Hospital for autopsy. Later, the family members also donated her eyes.

The film-story-like incident has become the talk of the town in the area with people saying that both Liza and Jagannath decided to meet in heaven following their death due to love failure on earth.