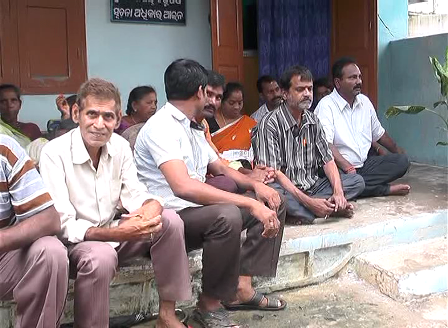 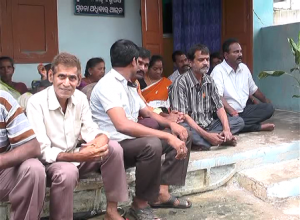 Paralakhemundi: Protesting the apathy of the Urban Local Body (ULB) authorities in addressing the chronic water-logging in low-lying areas in Paralakhemundi, the Gajapati district headquarters, hundreds of locals held a sit-in before the Notified Area Council (NAC) office here on Monday. However, they withdrew the protest following an assurance from the NAC Executive Officer.

Reports say residents from Ward no. 1, 2 and 3 under Paralakhemundi NAC tried to meet the ULB Executive Officer Ashok Kumar Rout this morning. Later, they staged a sit-in protest before his office. The agitators claimed that as these three Wards fall under low-lying zone, water logging cripples life here during the monsoon season every year. But several attempts by the residents in the past to take the matter to the NAC authorities have fallen on deaf ears.

Later in the day, Rout had a talk with the locals in the presence of PWD Executive Engineer on the issue and assured that drainage construction work would be undertaken in the affected areas at the earliest to sort out the issue.

“Rain water entered a couple of households in Ward no. 1,2,3 in the Paralakhemundi NAC after two days of incessant rain in the area largely due to unavailability of a proper drainage system in the area. We have engaged three JCBs to clear some of the blocked drains in the area. By evening today, almost all households have been cleared of the water,” said Rout.

CM attends Passing out Parade of first batch of OISF