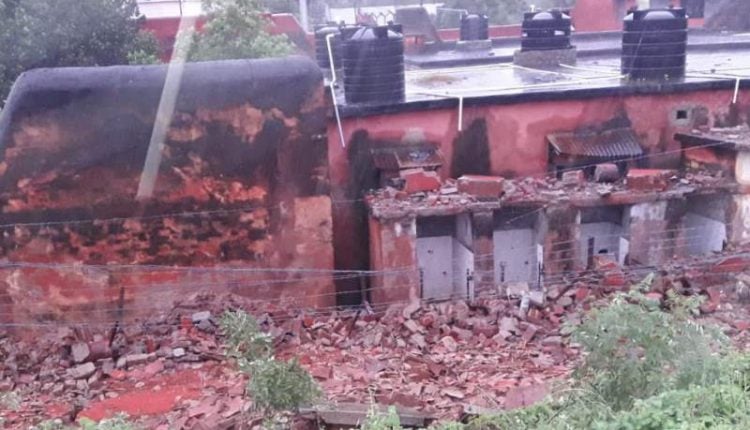 Jajpur: A major mishap was averted and a number of inmates had a close shave after a portion of the Jajpur Sub Jail caved in due to heavy rain last night.

The incident took place very late in the night at around 2 PM while all the inmates were asleep in a nearby hall inside the jail due to which their lives were saved.

As per the jail authorities, the portion of the boundary wall which collapsed was very old and had weakened due to incessant rain for past few days. The wall constructed way back in 1912 had been heightened further a few years back due to security reason after lying of a new road along it. The new construction had weakened the boundary due to the mishap took place.

Laxmi Mukhi, Jailor, Jajpur Sub Jail who has already apprised Jajpur Collector and senior officials on the incident assured that all care for the safety and security of the inmates are being taken.