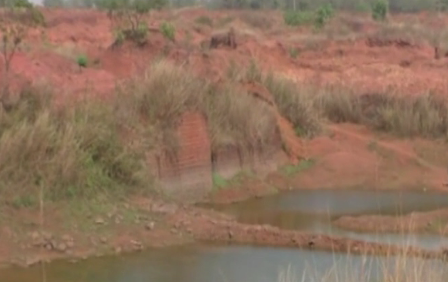 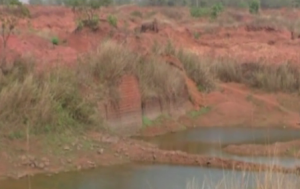 Khurda: Even as a number of stone quarries are operating in Khurda district without the necessary approval causing large scale pollution, the district administration has remained a mute spectator

Residents of the area speaking on the condition of anonymity claimed a number of stone quarries operating in the vicinity of Jatni town of the district are running without the required permit. In gross violation of environmental guidelines, these quarries are causing air pollution posing serious health hazards for the people living nearby. They said the failure of the district administration to deal firmly with the issue has emboldened the illegal quarry operators.

Notably, these stone quarrying units dig the land up to 60 to 80 feet resulting in massive sinkholes in the mined area. Pointing out that there is nothing secret about the whole operation, the locals attribute the absence of any action to an administration-stone mafia nexus.

When contacted on the issue, Jatni Tehsildar Pramod Prusty insisted that action would be taken on the illegal quarrying units and those would be raided if any such case comes to the notice of the administration.