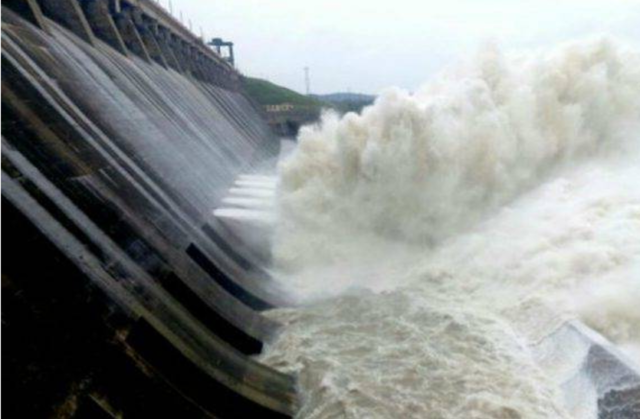 Sambalpur: The Hirakud Dam in Odisha’s Sambalpur district has reportedly recorded the highest inflow of water in the 10 years. This was informed by the authorities of the reservoir.

“At present, 1,86,279 cusec of water is entering into the reservoir, while 2,16, 794 cusecs of water is being released from the dam,” he said adding that it is because of the heavy rainfall witnessed in the second half of month of September.

According to reports, at present, the water level of the reservoir stands at 629.52ft against the maximum storage capacity of 630 feet.

It is to be noted here that the Dam authorities had earlier opened as many as 28 sluice gates to release this year’s floodwater. However, the 20 gates were gradually closed, while the water is being released now through eight gates only.

Sources said that as per the requirement more gates would be opened to release the water after inspecting the water level of the reservoir.