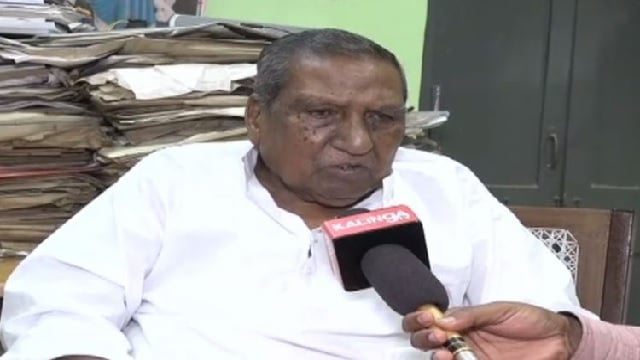 Bhubaneswar: Former Odisha Minister and 5-time MLA Duryodhan Majhi, took his last breath at his residence in Bhubaneswar late on Monday night. His son Krushnasingh Majhi confirmed regarding his death.

Reportedly, Duryodhan Majhi complained of illness while he was sleeping last night. Thereafter he was taken to the Capital Hospital, Unit-6 where he was declared dead.

It is to be noted that he had resigned from BJP just before the Odisha Vidhan sabha election in 2019.

Chief Minister Naveen Patnaik has expressed their condolences on his demise and wrote “I am saddened to learn of the death of Duryodhana Majhi, a prominent politician and former minister. He has made significant contributions to the development of his region and to the welfare of indigenous peoples. I extend my heartfelt condolences to the bereaved family and wish them well.”