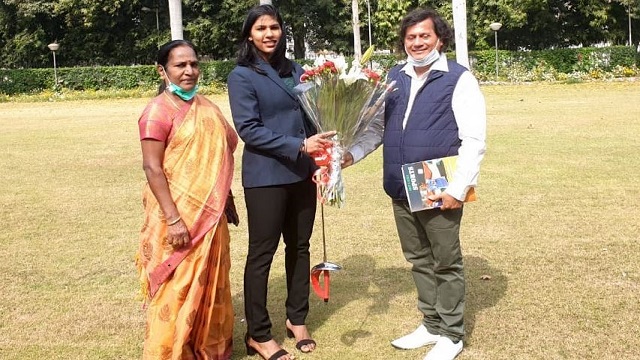 New Delhi: Bhavani Devi, who created history by becoming the first-ever Indian fencer to qualify for the Olympics, met the founder of Kalinga Institute of Industrial Technology (KIIT) and Kalinga Institute of Social Sciences (KISS) and Kandhamal MP Dr. Achyuta Samanta and sought his blessings.

Devi who reportedly landed in Delhi from Italy met Samanta in the national Capital City today and sought his blessing for his future competitions including the upcoming Olympics, which is slated to be held on July 23, 2021, in Tokyo. She also thanked him for promoting sports.

Dr. Samanta also congratulated Bhavani Devi for her historic achievement and blessed her success in life and career.

The Kandhamal MP, after learning that Devi did not have a smartphone, gifted her one as a token of appreciation and to ensure she can stay connected with her mother through video calling. 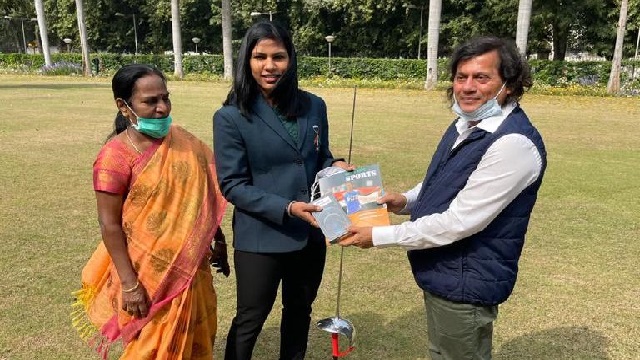 It is to be noted here that Bhavani Devi, who is a student of KIIT University, scripted history by becoming first Indian fencer to qualify for Olympics. She achieved this success during her participation at Women’s Sabre World Cup in Budapest.