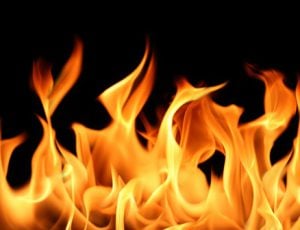 Bolangir: Several important documents are feared lost to a deadly fire which erupted on the premises of the District Headquarters Hospital (DHH) in Bolangir this morning.

Some eyewitnesses spotted smoke billowing out of the National Rural Health Mission (NRHM) office located inside the hospital premises in the morning and immediately raised an alarm. Hospital authorities first tried to bring the flames under control on their own and then called up the fire brigade and police.

The fire was brought under control after a Herculean effort lasting hours by the fire tenders.

While the local police have lodged an FIR in the incident and launched an investigation, the fire brigade suspected it to have been caused by a short circuit in the air-conditioner in the building.

However, hospital authorities have assured that the fire has not caused any significant damage inside the hospital and only some documents have been lost.

Odisha Assembly adjourned till 3pm amid ruckus by Cong, BJP