Dead body in suitcase in Odisha: Wife mastermind in the murder!

The main accused and mastermind in the dead body in suitcase is Milli Das, the wife of deceased Manoranjan Mohapatra. She plotted the murder. 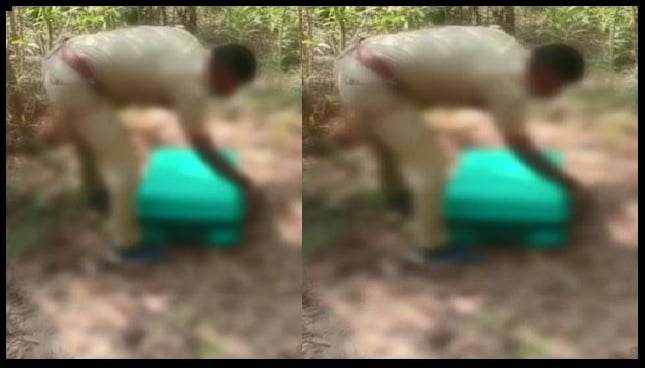 Khurda: The main accused and mastermind in the dead body in suitcase is Milli Das, the wife of deceased Manoranjan Mohapatra. She plotted the murder.

The shocking incident of the recovery of the dead body from the suitcase in the Haripur forest of Khurda Nachuni police station is still shrouded in many questions.

It is worth mentioning that, the wife was helped by her cousin Mitu Das and associate Bikram Sahu. Now the question arises, when was the plan was hatched to kill Manoranjan, hw many days it took to plan the murder and so on.

It is noteworthy that, the suitcase was spotted in Haripur forest under Nachuni police station limits in Khurda district. The Nachuni police reached the spot and started an investigation in the matter.

According to information, local people saw a suitcase lying in Haripur forest on Sunday morning. They immediately informed the Nachuni police station. The police reached the spot and seized the suitcase.

Later, while checking the suitcase, a dead body was found in it. It is believed that the young man was killed and dumped in the forest inside a suitcase.

On the other hand, the Nachuni police station had immediately reached the spot and started an investigation.