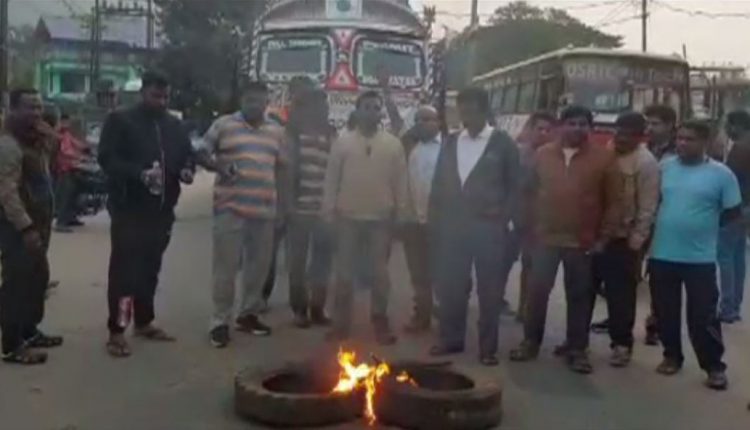 Malkangiri: Normal life came to a standstill in Malkangiri today following a 24-hour bandh call given by Congress alleging Malkangiri Collector’s involvement in his Personal Assistant’s death and demanding his arrest for the same.

The bandh observation which started at around 6 am in the morning got support from Zilla Adivasi Samaj Mahasangha (ZASM) and witnessed a complete shutdown of shops and business establishments.

“Government officials in lower posts are under immense mental stress due to mismanagement of 5Ts programme launched by the State Government. They are being humiliated by their senior staffs and the death of Malkangiri Collector’s PA Deba Narayan Panda is an example of that,” said former Congress MP Pradeep Majhi who has joined the protest.

“The bandh will be observed for 24-hours initially and a decision to continue it for an indefinite period will be taken at a party meeting in the afternoon today,” he added.

Notably, Panda went missing from his office on December 27 and his body was recovered from the Satiguda dam the next day. Later, graffiti against the Collector Manish Agarwal came up on the walls of his office.