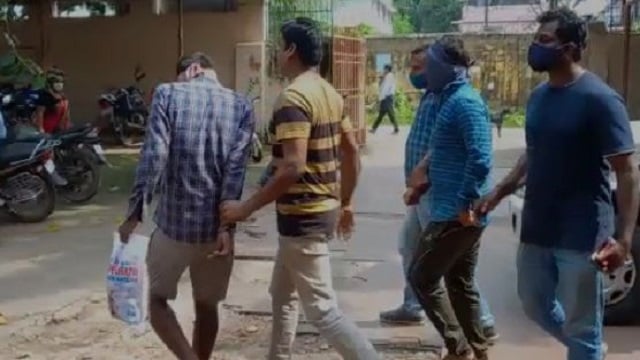 While speaking to the media persons this afternoon, Bhubaneswar Deputy Commissioner of Police (DCP) Uma Shankar informed that the Special Squad had lifted the accused persons from the Cuttack area for interrogation last night. Later, they were arrested and a huge amount of SIM cards and cell phones were seized from their possessions.

“A private telecom company usually gives its employees, especially to the team leaders, the mobile application access, which the accused illegally used and created the fake documents of the customers to swap their numbers without their knowledge. Later they sold the numbers to people from outside the State,” informed the DCP.

RBI has been requested to share Archana Nag’s bank details:…

“It is a serious matter because the swapped phone number can be used to access personal data, bank account details, social media accounts and OTPs of the real customers. The arrested persons will be brought on remand for questioning,” he added.

The DCP further said that the agency which was involved in the verification of the documents and the persons who have bought such numbers would also be brought under the purview of investigation.

“Those who want to know how many numbers are issued in their names can check at the portal (tafcop.dgtelecom.gov.in) launched by the Department of Telecommunications (DoT),” he advised the people.

He also suggested the companies should carefully verify the documents provided for swapping of SIM cards and people whose numbers get inactivated should immediately contact the telecom company.