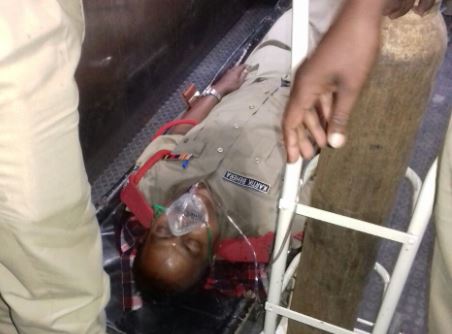 Cuttack: In a tragic incident, Chlorine gas leakage from PHD pump house on the premises of government-run SCB Medical College and Hospital left more than 40 persons sick here on Wednesday.

Those who were taken ill due to the Chlorine gas leakage included some students of the Medical College, Firefighters and relatives of some patients. They have been admitted to the casualty of the hospital and their condition was stated to be stable.

On being informed, the local firefighter rushed to the spot and took control of the gas leakage. However, some of them fell sick and were admitted to the hospital.

Sources said that though the situation is under control, the impact of Chlorine gas leakage would remain for some more hours. People have been advised not to pass through the area.

Panic prevailed among one and all including the patients in the hospital following the incident.