The actress Barsha Priyadarshini, wife of MP Anubhav Mohanty appeared before the family court in Cuttack for recording of statement. 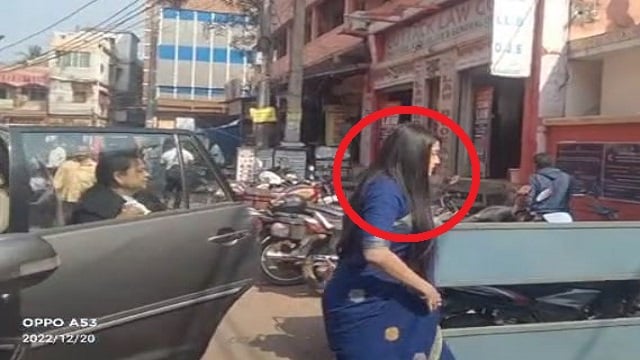 Cuttack: Actress Barsha Priyadarshini appeared before the family court here in Cuttack on Tuesday, according to reliable reports.

The actor-turned-MP Anubhav Mohanty and his wife Varsha Priyadarshini have been tangled in a marital discord for more than a year. They have filed for a divorce.

It is noteworthy that the court had directed the couple for an appearance on Monday. The actress had appeared in the court yesterday also. However, the statement recording process remained incomplete yesterday hence she reappeared today.

The lawyer of Anubhav Mohanty has questioned Barsha yesterday but it had not been completed so she appeared in the family court today, yet again.