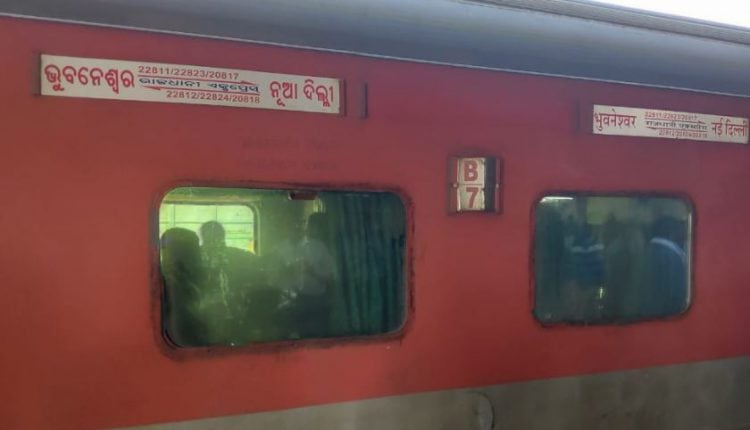 New Delhi/Bhubaneswar: As many as 20 passengers onboard the New Delhi-Bhubaneswar Rajdhani Express fell ill today after consuming the food served by the Indian Railway Catering and Tourism Corporation (IRCTC).

It is being alleged that the passengers were taken ill due to food poisoning.

As per reports, the passengers complained of uneasiness, stomach ache, vomiting, and loose motion after consuming the food served in the train last night.

A railway spokesperson said that doctors at Gomoh station in Jharkhand attended to ill persons and all of them are stable. However, Railway officials had to intervene after a few irate passengers created an uproar at the station.

The train resumed journey after remaining stationed for an hour at Bokaro.

“All passengers are well. No one is detrained. Pantry car is also being checked and food samples will be collected to investigate the quality of food,” said the Railway Spokesperson.