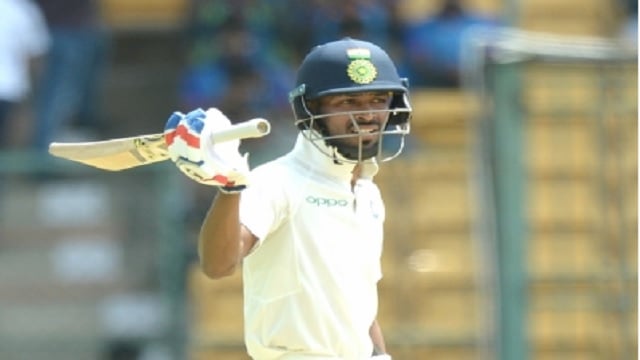 Mumbai:  Within a few days of winning the Test series against Bangladesh, India will embark on a white-ball series against Sri Lanka, starting the New Year with a blockbuster series.

The year will see some of the biggest spectacles in world cricket take the stage and Team India has a blockbuster line-up of cricketing action which is sure to capture fans across the country.

The Men in Blue kick off the New Year with a crucial series as they take on Asia Cup 2022 champions – Sri Lanka. Viewers and fans will be treated to three T20 Internationals against Sri Lanka, which will be broadcast live on the Star Sports Network and Disney+ Hotstar beginning on January 3, 2023.

Augmenting the entire experience, Star Sports, the official broadcasters of the tournament, released its promo that puts fans at the core of the film.

The promo, created and conceptualised by the in-house team at Disney Star, features two diehard fans, Madhu and Bala, together with Hardik Pandya. The fans start off as tour guides for the India-Sri Lanka tour in a comical effort to get tickets from Hardik Pandya to watch the match live. Both, Madhu and Bala are concerned with the pedigree of the Asian Champions when they tour India for the T20I series, but Pandya reassures them that even though the Lankan Lions will be on the prowl, the jungle belongs to the Indians and there’s no better feeling than playing at home, Star Sports informed in a release on Monday.

The India-Sri Lanka series will be one to watch out for as India looks to kick-start their New Year with a victory against their island neighbours.