Heart-wrenching! Man who lost job kills two-year-old daughter as he had no money to feed her in Bengaluru

Parmer had already mortgaged his wife’s ornaments to pay off his debt. But he lied to her saying that he was looted by robbers. 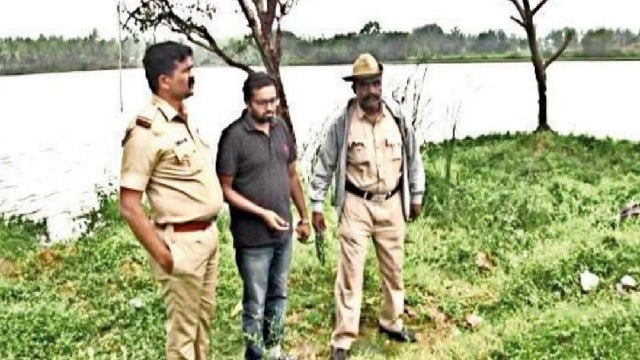 Bengaluru: In a heart-wrenching incident, a man allegedly killed his two-year-old crying daughter as he had no money to feed her, informed the police.

One Rahul Parmar, a native of Gujarat, was working as an engineer in Bengaluru. He was under severe mental stress as he had recently lost his job and suffered a huge financial loss in the Bitcoin trade. This apart, he could not live peacefully following the worry of pressure from the lenders.

According to media reports, Parmer had already mortgaged his wife’s ornaments to pay off his debt. But he lied to her saying that he was looted by robbers.

Finding no sources of solace, the 45-year-old debt-ridden engineer decided to kill his daughter before killing himself.

As per his plan, the techie left the house on a bike with his daughter in the backseat. Later, he smothered his daughter’s face into his chest to kill her. He dumped her body in a lake and then jumped into the same lake to take his own life.

The police rescued Parmar with the help of the locals. Police is said to have started an investigation into the matter.

If Odisha govt provides land for project tomorrow, we will start work the next day, says Railway Minister; BJD hits back