PM Modi had inaugurated Manohar International Airport on December 11. This airport has been built at the cost of Rs 2,870 crore 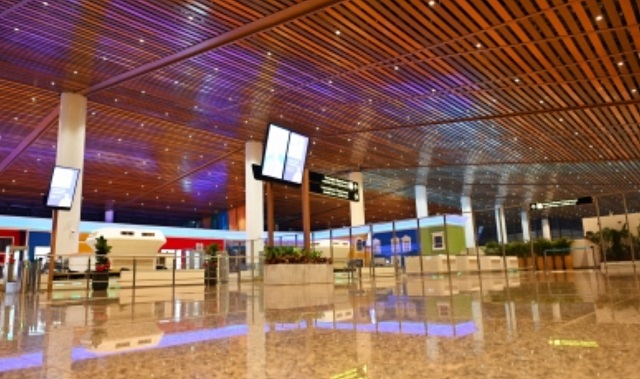 Panaji: Manohar International Airport at Mopa in Goa started its operation from Thursday with an IndiGo flight from Hyderabad to Goa becoming the first flight to land at the newly inaugurated airport.

Rajendra Korgaonkar, a passenger of IndiGo 6E 6145 flight, said that officials of the IndiGo celebrated the moment at the Hyderabad airport along with all passengers. “Even after landing at Mopa (at 8.40 a.m.), we were welcomed musically. We enjoyed this journey and will cherish it always,” Korgaonkar said.

Many passengers have posted videos of their Hyderabad-Goa journey on social media.

Prime Minister Narendra Modi had inaugurated Manohar International Airport on December 11. This airport has been built at the cost of Rs 2,870 crore, which would also cater cargo services.

Initially, the first phase of the airport will cater to around 4.4 million passengers per annum (MPPA), which would be expanded to a saturation capacity of 33 MPPA in future.