Jaipur:  A 20-year-old man, who posed as an Indian Police Service (IPS) officer was arrested lately by the Special Operations Group (SOG). The fake IPS officer, identified as Abhay Meena is a 12th Class fail. 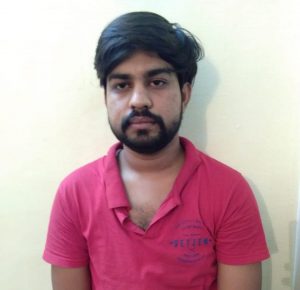 Police arrested him from Jagatpur area and seized an IPS uniform, three air-guns, a wireless set, and a fake ID card. Initially, Meena tried to intimidate the SOG officers by showing his power, but all went in vain.

According to Additional Superintendent of Police, SOG, Karan Sharma, Meena, in his early 20s, the accused was extorting money posing himself as an IPS officer. However, he came under the net when a man doubted him after reading the mistakes in his police card where the crime branch was typed as ‘branche’ and the capital as ‘capitol’.

It was later found that the accused even did not complete his School education. He used to be a motivational speaker on how to crack IIT and UPSC examinations.

He was a social media sensation and was felicitated with many awards on the basis of his fake degrees. He lived in many hotels with his live-in partner and never paid. Later, he admitted the crime. He has been sent to judicial custody.