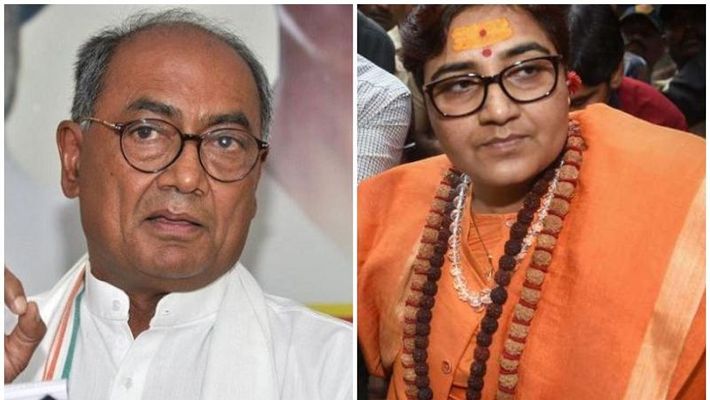 Pragya Thakur currently has a vote share of 55.71 per cent while Singh is trailing with 41.54 per cent share. BSP candidate Madho Singh Ahirwar is on the third spot with 0.64 per cent.

A BJP bastion for past 30 years, Bhopal saw a highly polarised battle between BJP candidate and Malegaon blast accused Sadhvi Pragya Thakur, a Hindu hardliner, and Congress veteran Digvijaya Singh, a two-time chief minister who the BJP calls a “Hindu-baiter”.

Interestingly, in the 2018 Assembly elections, three Congress legislators, including two Muslims, were elected from Bhopal. In the remaining five seats which the BJP won, there was a slide in the saffron party’s victory margin.

Congress’ last victory from the city came in 1984. After that, all its attempts to wrest the seat back from the BJP failed, including the one when they tried their luck by fielding former cricketer Mansoor Ali Khan Pataudi in 1991 and his wife Sharmila Tagore campaigned for him.