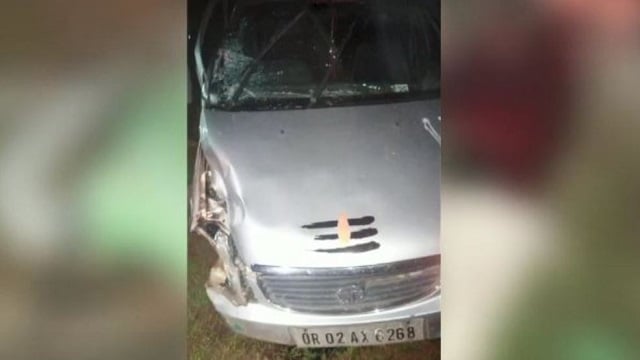 Dhenkanal: In a tragic incident, a bike rider was killed in a collision with a car being used by liquor mafia. The incident took place in Jiral village which comes under Kamakhyanagar police station in Dhenkanal district.

The deceased, Bidyadhar Pradhan was a resident of Balipada village which also comes under Kamakhyanagar police station.

According to reports, Bidyadhar was returning home from the hospital where he had to go for some treatment. While he was on the road, the car suddenly collided with his bike.

He also had a relative with him, who was shifted to SCB hospital as his condition was critical.

A large amount of country liquor was seized from the car that was involved in the accident. The driver of the car and the liquor mafia were absconding from the site of the accident.

Kamakhyanagar police has seized the car. Further investigation regarding the matter is also ongoing.