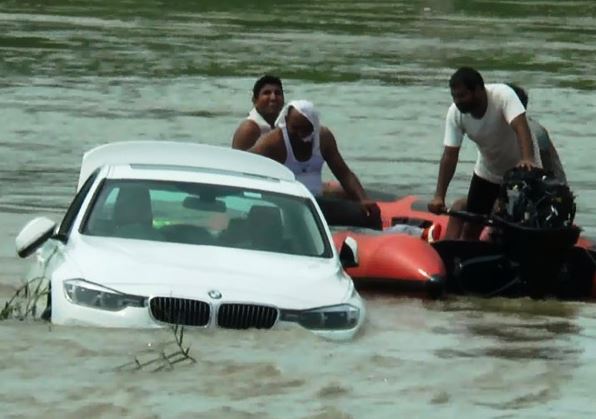 Yamunanagar: Gifted a BMW by his parents instead of a Jaguar that he was demanding, a youth here pushed his new car into a swollen river in a fit of anger, police said.

“When the youth was plunging the high-end BMW car into the river, he also made a video and put it on social media,” a police official told IANS.

The car later got stuck in the middle of the river owing to a patch of tall grass.

Later, the youth was seen trying to get the car out of the river with the help of local divers.

Police have registered a case in the matter.