3 out of 4 Indians on dialysis suffer from hypertension, finds study 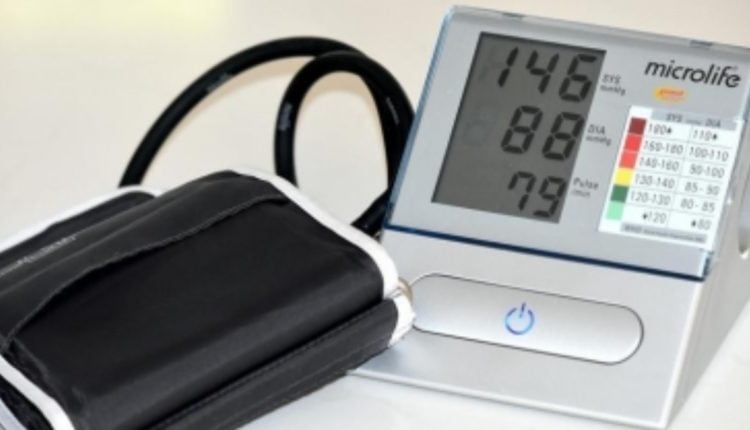 Hyderabad: Three out of four patients on haemodialysis in India suffer from hypertension, reveals a study.

It also revealed rising cases of hypertension in females in the 21-40 age group, indicating that hypertension is a health problem in the younger female population as well.

A total of 16,847 dialysis patients were covered by the study done by NephroPlus, a leading dialysis care brand in the country.

According to the study, excess weight, lack of exercise or activity, and a diet high in sodium combined with genetic predisposition place older women at risk of developing high blood pressure.

NephroPlus also deep-dived into the subject to understand the effects of hypertension in various age groups, sex, and zones of the people from 0 to 60 years, with findings showing that diet and medications influence blood pressure control among dialysis patients.

“Hypertension is present in two-third to three-fourth patients on haemodialysis. Blood pressure count is influenced by the frequency of dialysis (70 per cent are in 2 weeks or less than 2 per week haemodialysis). In addition, diet and medications influence blood pressure control among dialysis patients,” said Dr Suresh Sankar, Senior Vice President, Clinical Affairs, at NephroPlus.

The study revealed prevalence of hypertension in patients with chronic kidney disease (CKD), highlighting the importance of managing blood pressure at a very early stage.

According to him, hypertension is a leading cause of kidney disease and kidney failure.

“Over time, uncontrolled high blood pressure can cause arteries around the kidneys to narrow, weaken or harden. These damaged arteries cannot deliver enough blood to the kidney tissue. It can lead to injury to kidney filters, protein loss in the urine, and kidney damage,” he said

Even when patients are under the care of specialists, they frequently have a limited understanding of fundamental aspects, including symptoms, diet options, medications benefit and risks, and the importance and ease of self-monitoring

The unanswered questions in India include timing of blood pressure measurement, the significance of systolic or diastolic blood pressure, type of medications, and fluid management on dialysis patients with lower frequency of dialysis.

“This study provides a national snapshot of the effect of hypertension on dialysis patients in the population across India. Hypertension is easy to detect, preventable, treatable, and inexpensive. Incorporating a healthy lifestyle by including adequate fruits and vegetables and less processed food is necessary. One should be physically active and perform the exercise at least 30 minutes five times a week. Say no to smoking and maintain body weight in the recommended range,” added Dr Sankar

According to Kamal D. Shah, Co-Founder and Director (Guest Services) at NephroPlus and the study’s co-author, dialysis patients must keep their blood pressure levels in check.