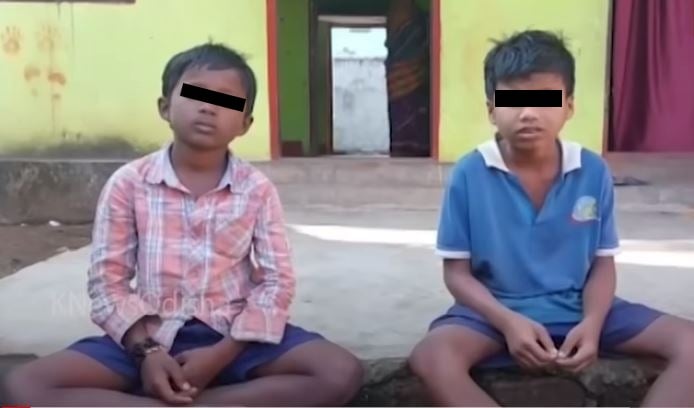 Nabarangpur: At least two kids have become orphan as there is no elder person left in their family now to nourish and take care of them. Earlier their mother had become mad and abandoned home while recently their father died. Even they don’t have any own house. As of now the neighbours are providing them food, but for how many days they can do so? The two children are living in the Kusumguda sahi under Umerkote in Nabarangpur district of Odisha.

As per reports, Satyaban Prusty was living in Ward No. 7 of Umerkote NAC. He recently died at the age of 42 years. He was working as a daily wage labourer in a scrap dealer shop. Satyaban’s wife is a mad woman. She does not live in the house. Earlier, she used to wander here and there and return home seldom. However, for the last time she had come to the house about six months ago. And there is no certainty of her coming back to the home. Even if she returns, she is not mentally sound that she can take care of the kids.

After their mother became mad, the two kids were sad, but the family was still happily living as their father was earning and taking care of the two kids. However, a few days back he fell ill. Hence, he was taken to Umerkote Community Health Centre for treatment. However, as his health condition did not improve, he was being shifted to Koraput Hospital when he passed away on the way.