Man quits rice after fight with wife 42 years back in Jajpur district of Odisha. Since then he is living on puffed rice or flattened rice 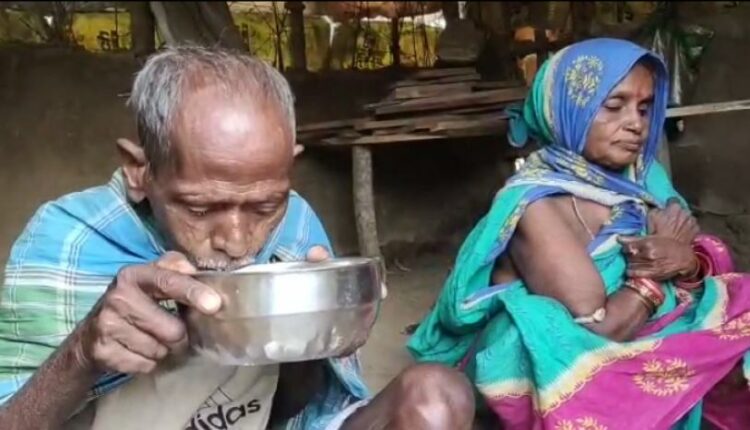 Jajpur:  Such incidents are rare. A man quit eating rice following a tiff with his wife 42 years back. It may seem unbelievable, but it is not a fiction, rather it is a true incident that took place in Jajpur district of Odisha.

The incident took place in the Vikipur village under Laxminagar panchayat under Rasulpur block of Jajpur district. Interestingly, name of the man is Ramachandra while his wife is Seeta. The couple has 5 daughters and two sons.

The man has turned old now while his hair of his wife has also become grey though when the incident took place they were young.

Forty-two years back, once Ramachandra came home along with ration, vegetable and meat and asked his wife to cook. He then went to work. His wife became busy in the household chores and then also went outside for some time to sell the dried fishes. It was too late by the time she returned home.

Meanwhile Ramachandra returned home after wrapping up his works. The hungry man asked her wife to serve the meal hot. Yet, Seeta informed that she needs some more time to prepare the meal.

An infuriated Ramachandra then started scolding his wife telling that though he made all arrangements before going to work, still his wife could not prepare the meal on time. On the other hand, the woman also came up with her arguments and told that she was not sitting ideal but was busy with the household chores.

Accordingly a spat erupted between the two and the man vowed on that day, henceforth he shall not eat any food cooked by his wife. And since then long 42 years have passed, but Ramachandra is yet to consume rice. Rather he is living on puffed rice from then and never consumed rice.

It is not that Ramachandra got separated from his wife. He has been providing money to his wife to run the family but also not taken food cooked by her wife since then.

In the meanwhile all his daughters and sons have got married. His sons, daughters, daughters-in-law and sons-in-law as well as friends and relatives have tried several times to persuade Ramachandra so that he would consume rice, but in vain.

Odisha: Man betrays girlfriend, keeps her hostage along with sister for one month