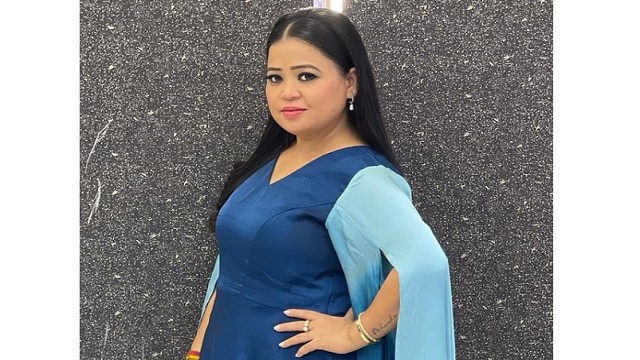 Comedian Bharti Singh has landed in legal trouble after an FIR got lodged against her in Amritsar, Punjab on Monday. The issue rose regarding an old video of her allegedly mocking men with beards.

The complaint was lodged by Shiromani Gurdwara Parbandhak Committee on Monday night. According to the FIR, she has alleged hurt the sentiments of Sikhs. Bharti has been charged under Section 295-A (deliberate and malicious acts, intended to outrage religious feelings) of the Indian Penal Code.

In the old video, Bharti was seen saying: “Beard-moustache has many benefits; drink milk and put some of the beard in your mouth, it will taste nothing less than ‘Seviyaan’.” She also talked about men having lice in their beards. Sikh groups even protested against Bharti in Amritsar on Monday.

Taking to Instagram, Bharti posted a video in which she apologised and explained that she never meant to hurt any religious sentiments.

“There’s a video that’s been going viral from the last 3 to 4 days claiming that I have made fun of ‘daadi mooch’. I have seen the video repeatedly and requested people to watch it too as I have not said anything against any religion or caste. I didn’t mock any Punjabi or what problems happen when you keep ‘daadi mooch’,” she said.

Bharti added, “I have not mentioned any religion or any caste in it. I was doing comedy with my friend. A lot of people keep beards and moustaches these days. But if people from any religion or caste have been hurt by my comments, I apologise to them with folded hands. I am a Punjabi myself, born in Amritsar. I am proud of being a Punjabi.”