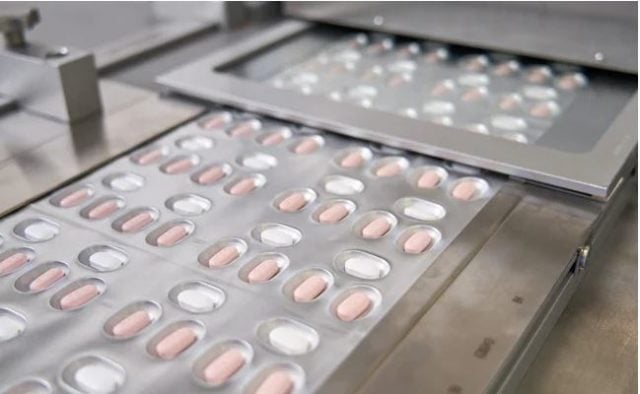 Washington:  While the US Food and Drug Administration (FDA) has approved Pfizer antiviral pill to treat Covid-19, the White House has warned that the drug will not be available in the markets before six-eight months.

The US FDA on Wednesday issued an emergency use authorisation (EUA) for the Pfizer’s Paxlovid pill to treat Covid-19 along with caution for people with certain pre-existing conditions — heralding a new era for the future, over-the-counter treatment of the deadly respiratory disease that has killed millions.

The White House said that the complex nature of the drug means it will take more than half a year to make the 10 million courses that are on order, the Financial Times reported.

“According to Pfizer, the complex chemistry involved in creating the active ingredient in the pill means production takes about six to eight months” Jeff Zients, the co-ordinator of President Joe Biden’s Covid-19 response team, was quoted as saying.

Pfizer has said that Paxlovid reduces the risk of hospitalisation or death in Covid-19 patients by 89 per cent. It is likely to be especially important in the coming months because early lab tests show it continues to work against the fast-spreading Omicron variant, unlike some of the monoclonal antibody treatments already available, the report said.

Biden called the decision by the FDA to authorise the pill a “significant step forward in our path out of the pandemic.

“As Pfizer works to produce these treatments as quickly as possible, we will work closely with them and provide any resource needed, including using the Defense Production Act if warranted,” he added, acknowledging how difficult the drug is to make.

The Biden administration had in November, bought 10 million courses of the Paxlovid pill (consisting of nirmatrelvir and ritonavir tablets, co-packaged for oral use).

Meanwhile, on Thursday the FDA also authorised Merck’s Molnupiravir. In data presented to an FDA advisory panel in late November, the drug was shown to prevent 30 per cent of infections from progressing — far fewer than Pfizer’s antiviral Paxlovid.

The US government has also pre-ordered 3 million courses of Merck’s antiviral pill.

AstraZeneca has also developed an antibody drug. Laboratory tests have shown Evusheld is effective against the Omicron variant; and is 77 per cent effective in blocking infections when used as a protective measure.