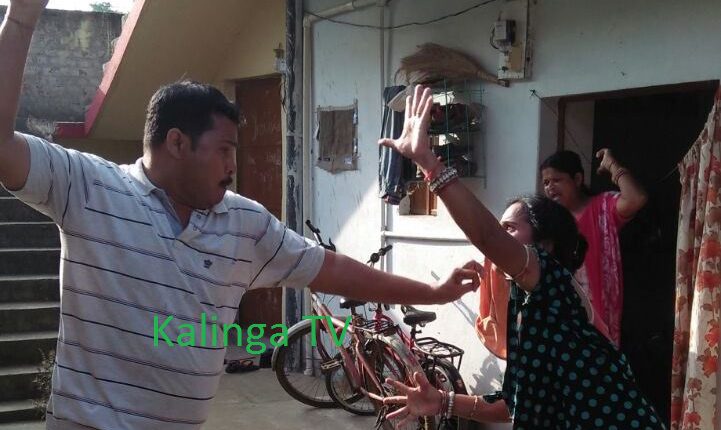 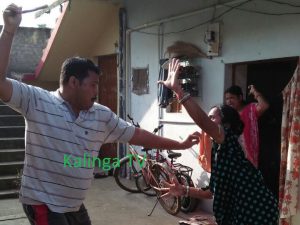 Angul: In a blatant display of machismo, a man brutally thrashed a woman neighbour over a petty issue at Balia Bazaar area under Nalco police limits on Wednesday. More shockingly, the police did not take any action against the perpetrator despite the victim lodging an FIR about the incident.

Reports say a verbal duel erupted between the victim Mamata Satapathy and a woman living in her neighbourhood on the day of the incident. While the heated argument was on, the husband of the other woman, identified as Durga Prasad Mohapatra, took out a stick and started beating up Mamata brutally. Mamata sustained injuries all over her body in the attack.

The victim woman’s family took the matter to the Nalco Police Station immediately and lodged an FIR the same day. Though it is already four days since the FIR was lodged, the police is yet to take any action against the accused.

Narrating her ordeal before KalingaTV camera, Mamata said, small disputes kept erupting between her and a woman living next door at regular intervals. While they used to sort out the differences the next day, things went out of control on the day of the incident due to the intervention of the woman’s husband Durga, who works as a security guard in IIS security agency.

“Dugra thrashed me brutally and scolded me in foul language. He threatened to kill me if I reported the matter to police,” said the victim.

She also claimed a nexus between Nalco police and the accused as the later did not act upon her FIR and sought justice from the district administration at the earliest.