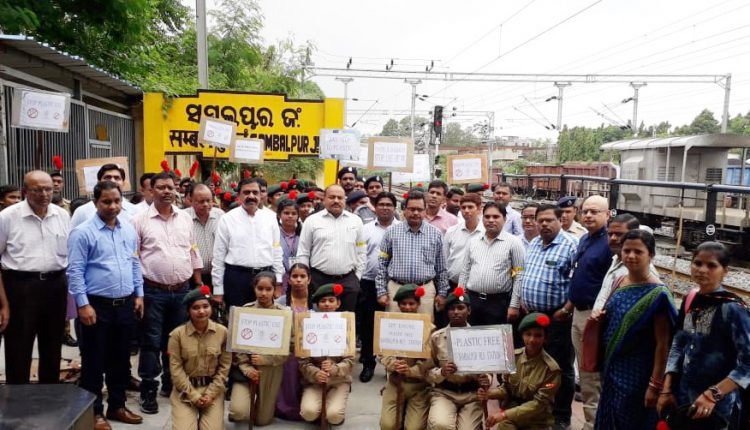 On this occasion, a pledge taking was organised at the station in which staffs and officers of Sambalpur Railway Division led by Divisional Railway Manager Jaideep Gupta took a pledge not to use plastic/polythene of single-use inside the station premises and not allowing anybody for the same.

Besides a large number cadets of NCC, Scouts and Guides, school children, NGOs, passengers and vendors also participated in the event and pledged not to use and not to allow the use of single-use plastic.

A rally was also organized to aware passengers, rail users and common public not to use plastic at the station.