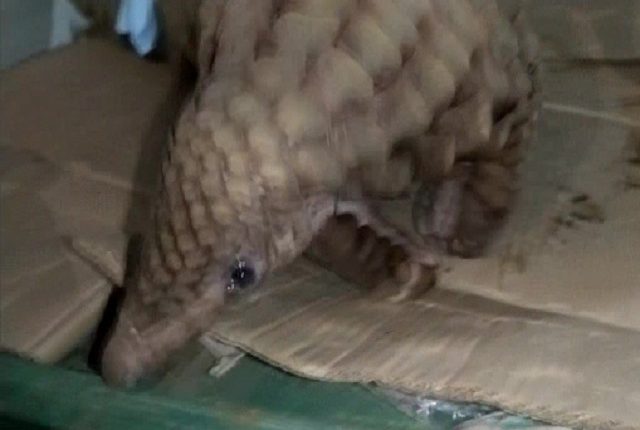 Baripada: A Pangolin which was rescued from a smuggler in Bangiriposhi police station of Mayurbhanj district has been sent for Covid-19 test, as the man from whom it was recovered had tested positive for the virus on Tuesday.

Sources said, On May 7, Sindhu Baske was arrested by the Bangiriposhi police team and rescued a pangolin weighing 8kg from his possession.

“The man has contracted to the virus on Tuesday. As the pangolin was recovered from him, it was also tested, If found positive then it will be kept in isolation. Otherwise it will be released into the forest,ANI Tweeted quoting Vanoomitra Acharya, Secretary, Animal Rescue

Odisha: #COVID19 testing of a pangolin, that was recovered from the possession of a man in Mayurbhanj, was done yesterday. The accused had tested positive for COVID. pic.twitter.com/Y1Mxys8L3P

WHO Has Not Associated ‘Indian Variant’ With B.1.617: Health Ministry Doing This