Paddy MSP Hike: BJD to stage dharna from Jan 8 to 17 in 12 districts 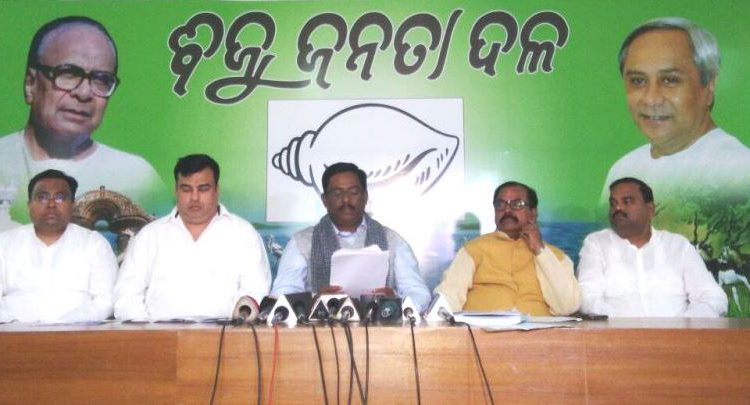 Bhubaneswar: A day after the Union government denied to hike the minimum support price (MSP) of paddy this fiscal, the ruling BJD on Thursday declared to stage demonstration to reiterate its demand.

The state ruling party which termed the BJP led NDA government at Centre as anti-farmer, decided to stage dharna in 12 districts of the state from January 8 to 17.

The BJD in a press meeting at its party office informed that it will hold demonstration at block-level in Bargarh, Balangir, Boudh, Deogarh, Kalahandi, Koraput, Malkangiri, Nabarangpur, Nuapara, Rayagada, Sambalpur and Sonepur districts. Later, the party will submit a memorandum to the district collectors addressing the President of India, Ram Nath Kovind.

The BJD also threatened to intensify its agitation over the matter if its demand is not addressed by the Union government soon.

Union minister of State for Agriculture, Gajendra Singh Sekhawat in a written reply in the Parliament yesterday said that Centre has fixed the paddy MSP at Rs 1,550 for 2017-18 financial year, which provides a profit margin of Rs 433 per quintal to farmers against the cost of production of Rs 1,117 per quintal as estimated by the Commission for Agricultural Costs & Prices (CACP).

Time and again BJD and Congress have been demanding to increase the MSP of paddy to Rs 2,930 per quintal instead of Rs 1,550.