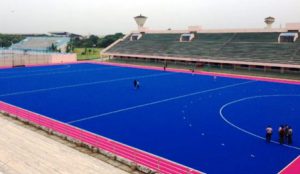 Bhubaneswar: The Odisha Government has begun preparation for the much-awaited Hockey World League and Hockey World Cup events slated to be held in Bhubaneswar in 2017 and 2018 respectively. On Monday, Chief Secretary Aditya Prasad Padhi chaired a meeting to take stock of the preparations.

Two galleries will be added to the existing infrastructure, taking the total seating capacity of Kalinga Stadium, the venue for both the marquee events, to 20,000. The State will also look into the other infrastructural requirements.