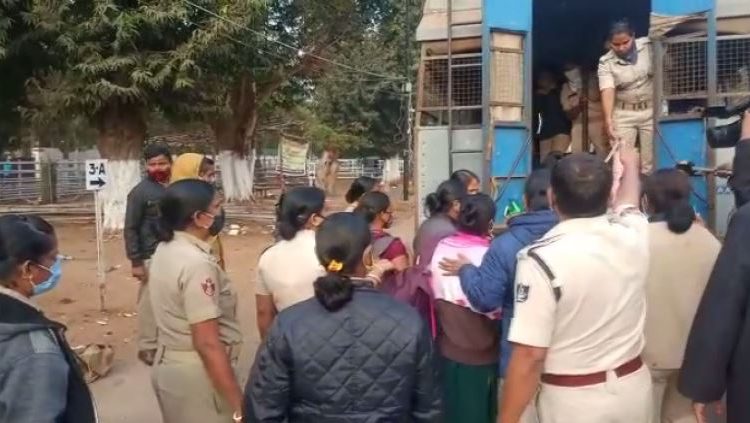 Bhubaneswar: The Commissionerate Police on Saturday forcibly dispersed the Auxiliary Nurse Midwife (ANM) workers who were on strike demanding regularisation of jobs at Lower PMG square in Bhubaneswar.

The workers were asked to vacate the area in view of the Republic Day parade in the Lower PMG square.

“We respect the Republic Day celebrations and hence, moving from this place (Lower PMG square) for the time being,” said ANM workers.

It is worth mentioning that the ANM workers had staged a dharna from November 28, but many of them have also resorted to a hunger strike alleging that the concerned authorities have failed to act on their grievances.