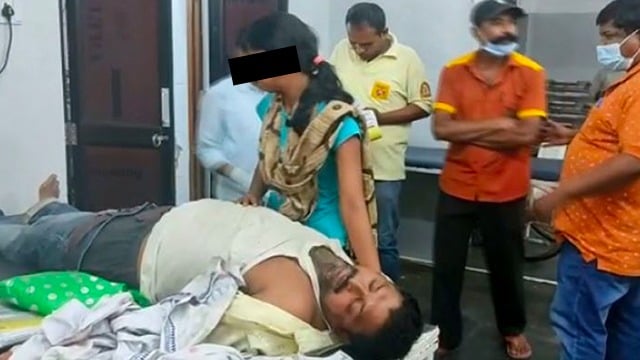 Balasore: In a sad incident, a minor girl and her father reportedly drank poison after getting frightened following an attempt by some miscreants to kidnap the girl. The incident took place in Soro area of Balasore district on Friday. They two have been admitted to hospital for treatment.

The locals reportedly rescued the minor girl and her father in critical condition from a paddy field in Gelapur Chhaka area at a distance of 42 km from Soro.

As per reports, on April 19th Sanjaya Nayak of Mahumuhana village in Soro area had complained with Police that Rabindra Das and his three friends of Bagudi area had attempted to kidnap his minor daughter with the help of Car and Bullet.

Today morning when Sanjay was returning from Soro Police Station along with his minor daughter in a bike some miscreants allegedly chased them while they had wrapped their faces with clothes so that nobody can identify them.

Being frightened with the kidnap attempt the two allegedly drank poison. The locals rescued them and admitted to the hospital.

Cop standing on railway platform suddenly starts swirling around, what happened next will shock you; Watch viral video

Athiya Shetty, KL Rahul to live together, rent an apartment in Mumbai