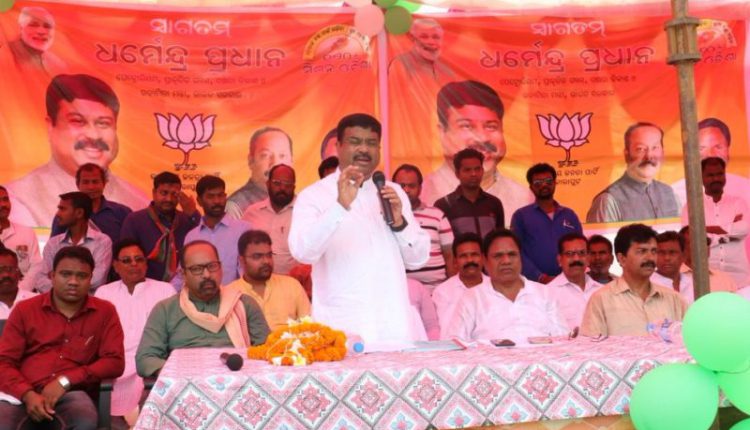 Koraput: Union Minister Dharmendra Pradhan took stock of situation at Kotia Grama Panchayat in the district on the Odisha-Andhra Pradesh border on Monday.

Pradhan addressed a public meeting where he assured to submit a report to Prime Minister Narendra Modi and discuss with Odisha government for the overall development of the region.

“I believe that Kotia which is in Odisha border will continue to be in Odisha and the people of these areas will proudly say that they are Odias,” said Pradhan while addressing the public meeting adding  “I am happy that Prime Minister Narendra Modi has included Koraput district among the 115  ‘aspirational’ districts where he wants to see development.”

Later, the locals submitted a memorandum to the Union Minister.

Senior BJD leader Maheswar Mohanty said, “The BJD government has taken all steps for the development of Kotia. Union Minister Dharmendra Pradhan’s visit is nothing but shedding crocodile tear.”

Kotia GP has 28 villages of which 21 are on disputed zone between Odisha and Andhra Pradesh since 1956.