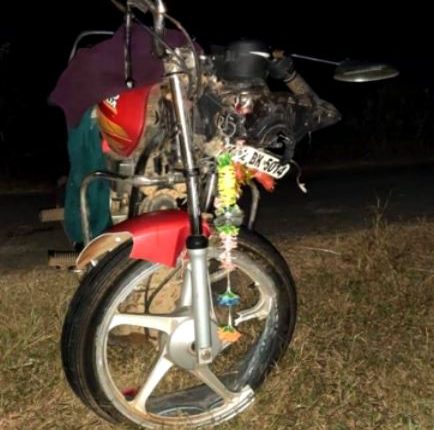 Keonjhar: At least two persons were killed and another sustained critical injuries in a collision between two bikes near Radhikadeipur under Ghasipura police limits in Keonjhar district last evening.

Sadashib who worked as a teacher in Anant Kishore Nodal High School located in Khalapala area was en-route to Balipala in some work riding his motorcycle when the mishap took place.

Jata along with another person namely Sukura Munda of Radhikadeipur were heading in the opposite direction on another bike when hit Sadashib head-on.

While all the three bikers sustained critical injury in the crash, they were rushed to Anandpur Sub-Divisional Hospital by some locals immediately.

Sadashiv and Jata died under treatment and Sukura was shifted to SCB Medical in Cuttack in critical condition.