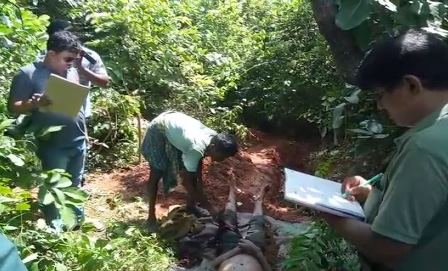 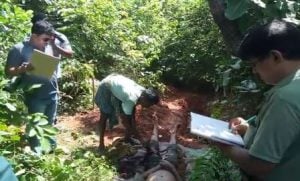 Dhenkanal: Gandia police today recovered the dead body of a man from Kapilash forest who was reportedly been buried by his family members after being killed by a bullet injury. Police also arrested one person in the incident.

The deceased has been identified as Sushant Nayak (29) of Kulsahi village.

Police swung into action after getting a tip-off from some villagers that Sushant had been killed mistakenly by some fellow hunters during a poaching spree inside the Kapilash forest on Sunday.

It is suspected that Sushant who accompanied Laxman Mohapatra and some aides from Kulsahi village for hunting on Sunday was mistakenly hit by a bullet in the Kapilash forest and died on the spot. Later in a bid to avoid police case as poaching happens to be a cognizable offence, Sushant’s family members could have buried his body inside the forest in a hurry.

However, Sushant’s family members have rubbished all the allegations against them.

Gandia Police took Laxman into custody following the recovery of the dead body and  interrogated him till this report was being filed.

Minor Tribal Girl writes to Collector to stop Her Marriage