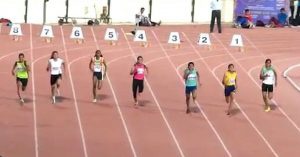 The Odisha Athletic Association has announced a-10 member state youth athletic team to participate at the 14th National Youth Athletic Championship. The team, which consists of six boys and four girls, will take part in the sporting event scheduled to be held in Hyderabad from April 21 to 23.