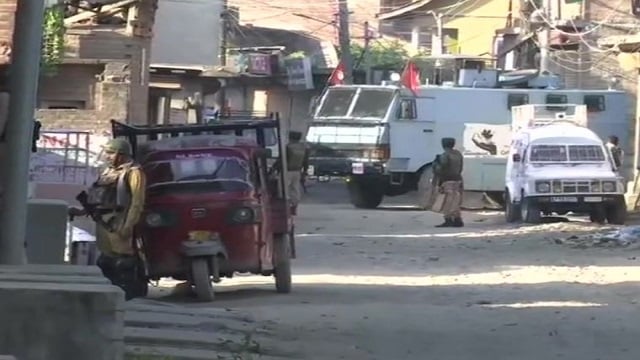 Srinagar: Three terrorists were killed in the ongoing encounter with the security forces  at Batamaloo in Srinagar, according to the Kashmir Zone Police on Thursday.

A gun battle between security forces and terrorists ensued in Jammu and Kashmir’s Batamaloo ata round 2.30 AM and is still continuing.

The police and CRPF personnel are carrying out the operation  on the basis of a specific information about the presence of terrorists in the area.

“One unidentified terrorist killed in an encounter at Batamaloo area of Srinagar. The police and the CRPF are in search of other terrorists too,” police said.