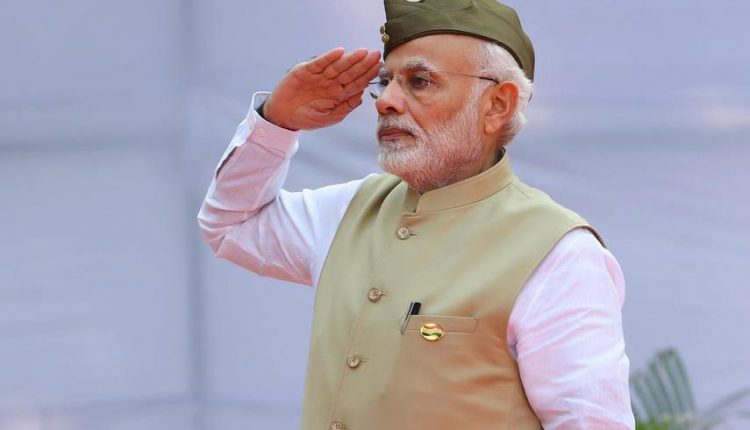 New Delhi: Prime Minister Narendra Modi on Sunday hoisted the National Flag at the Red Fort here on Sunday to celebrate the 75th anniversary of the formation of Azad Hind Government.

On 21st October, 1943, the Azad Hind Government was raised by freedom fighter Subhash Chandra Bose founded He was also the Head of State of this Provisional Indian Government-in-exile.

Speaking on the occasion, Prime Minister said, this government had its own bank, its currency, its postage stamp and also intelligence system. He said, Netaji Subhash Chandra Bose had only one purpose, the independence of India.

Modi further said, the country’s military strength has always been for self-defense and will remain even further but if anyone challenges India’s sovereignty will get befitting reply.

Gold Prices Up By Rs. 45 Due Increased Buying Ahead Diwali