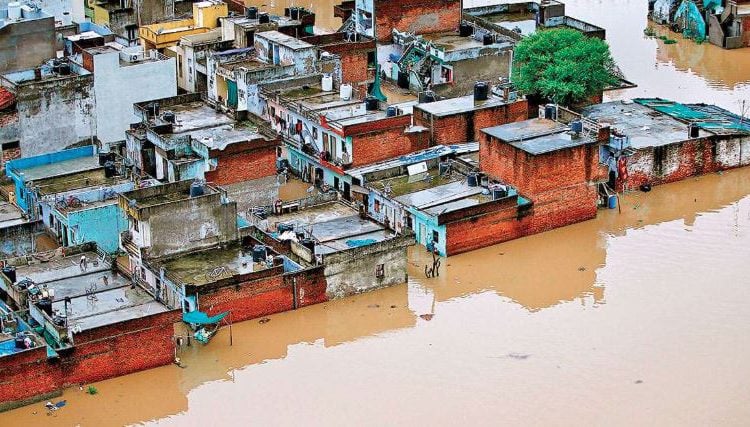 Gandhinagar: 19 persons were killed in rain-related mishaps in Gujarat in the last two days, including 16 deaths in incidents of wall/building collapse, as Saurashtra and central Gujarat were pounded by heavy rains.

Eight persons, construction labourers from Madhya Pradesh and their family members, were killed and four were injured when a wall collapsed on their shanties in Morbi city on Saturday afternoon amid heavy rain, said Superintendent of Police Karansinh Vaghela.

In a similar incident, a compound wall collapsed on a family of construction labourers from Udaipur killing a couple and their two children at Bopal in Ahmedabad on Friday night.

Four persons, including a one-year-old girl, were killed and five injured when a three-story building of the Gujarat Housing Board collapsed in Nadiad town of Kheda district on Friday night following heavy rains in the region.

Injured persons were pulled out from the debris and sent to hospital during a seven-hour rescue operation by fire brigade and NDRF that ended at 6 am on Saturday.

Rajkot district was put on alert and two teams each of the Army and NDRF were put on stand-by as water was released from dams in the district due to heavy rains in catchment areas, officials said.

Over 1,200 people were shifted to safer places in Rajkot city on Saturday morning, he added.

Chief Minister Vijay Rupani held a review meeting. “Seventeen dams are overflowing. Last year, by the end of monsoon, dams had only 56 per cent water. This year there is 60 per cent water stock in dams already,” Rupani told reporters afterwards.