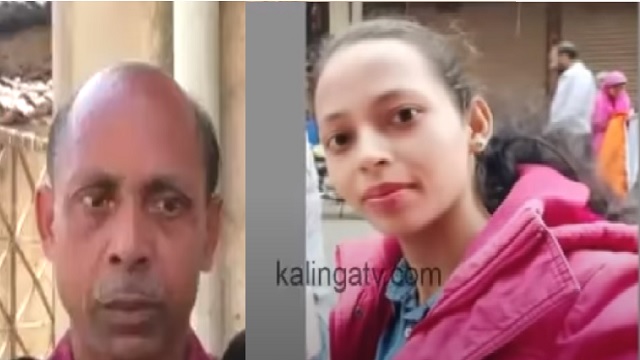 Bhubaneswar: In a recent development in the murder case of Mamita Meher, her father has demanded justice for them and asked for death sentence punishment for the prime accused Govinda Sahu.

Meanwhile, Chairperson of Odisha State Commission for Women (OSCW) Minati Behera visited Mamita’s house along with a team of four officials to meet with her family. Thereafter, she met with Kalahandi district collector, the District Education Officer and the Kalahandi SP in order to discuss regarding the death case.

Earlier on Thursday, Govinda’s driver Radhe was arrested in connection with this case. Balangir Police took Govinda to the crime spot for scene recreation between 4 am to 4.30 am today and showed the demo of crime scene in presence of Uttaranchal DIG and Kalahandi SP. He had already confessed that he burnt and buried her body in a pit at the stadium in order to destroy evidence.

It is to be noted that, Mamita was aware of his extra marital affair due to which Govinda had a grudge against her and in order to take revenge, he decided to eliminate her, the Northern Range DIG had informed in a press meet on Wednesday. In a fit of rage, Govinda pre-planned her murder and killed Mamita inside a Wagon R car while they were en-route to Kegaon from Bhawanipatna on October 8. Thereafter, he burned the body using card board and tyres in a previously dug pit at the mini stadium and covered it the next day morning.