Video: Helmet-Less Riders Get Off Bike And Walk Along To Avoid Penalty 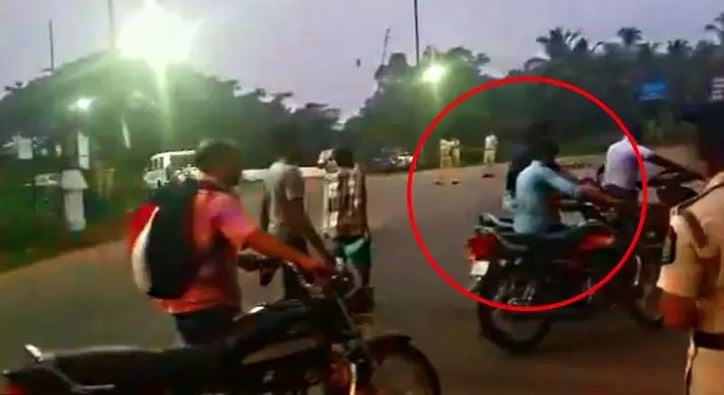 New Delhi: After the implementation of the Motor Vehicles (Amendment) Act, 2019, an old video has gone viral on social media after being shared on Twitter by an Indian Police Service (IPS).

“Driving without helmet is illegal but walking isn’t,” reads the tagline on the video that shows people walking beside their two-wheelers on a street to avoid being fined for not wearing helmets.

“This is hilarious. Innovative ways to avoid traffic challan. Pls follow traffic rules to avoid such situations,” read the tweet by the Police officials.

This is hilarious.
Innovative ways to avoid traffic challans
☺️☺️

After the video went viral, Twitteratis came up with some hilariously epic replies. Check them out here-

Last week, the Ministry of Road Transport notified that the provisions of the Motor Vehicles (Amendment Act) 2019 will be applicable from September 1.

The penalty for driving under the influence of alcohol has been increased from Rs 2000 to Rs 10,000. Similarly, a person driving a two-wheeler without a helmet will now have to pay a penalty of Rs Rs 5000.