Shah Rukh Khan has shared a nickname for actress Alia Bhatt after she said she will call him 'Pathaan' after the film's release. 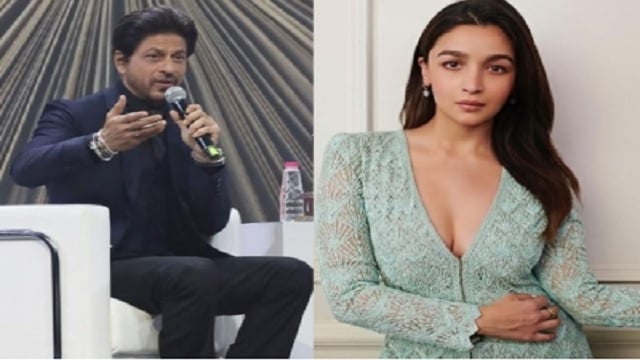 Mumbai: Bollywood superstar Shah Rukh Khan has shared a nickname for actress Alia Bhatt after she said she will call him ‘Pathaan’ after the film’s release.

Alia had a banter filled exchange with SRK on Twitter, where the actor treated his fans with an ‘Ask SRK’ session on Twitter.

Alia joined the question and answer session, as she responded to a fan, who had asked Shah Rukh, “Why does Alia call you just SR?”

Responding to why Alia called Shah Rukh only ‘SR’, the actor tweeted what ‘SR could stand for.

He wrote, “Could mean sweet and romantic or maybe senior and respected or maybe just Shah Rukh.”

Done lil one. And I am now going to call u lil Amma Bhatt Kapoor! https://t.co/QzKQ862BDN

Alia revealed what ‘SR’ stood for, and tweeted, “More like sweet and respected 🙂 But from 25th January I’m going to switch to calling you Pathaan. See I’m so creative na.”

After Alia announced her new name for Shah Rukh, he too, came up with a name for Alia.

In reference to Alia’s daughter Raha Kapoor, he tweeted, “Done little one. And I am now going to call you little Amma (mother) Bhatt Kapoor!”