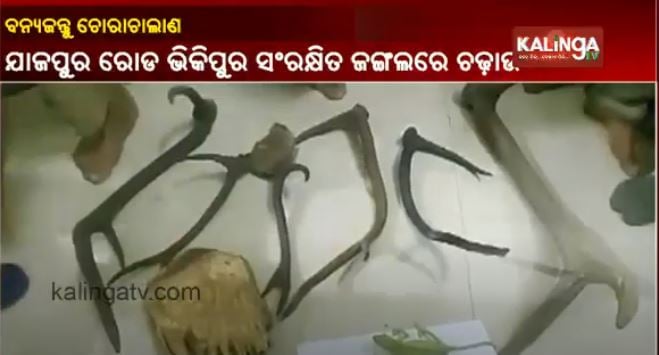 Based on reliable information, the forest officials conducted a raid at the Bhikipur area and seized five antlers, one tusk and a rare colour chameleon worth lakhs of rupees.

The forest officials arrested two persons and the other two involved in the racket managed to escape, who are suspected to be the mastermind of the racket.

The arrested have been booked under various sections of the Wildlife Protection Act and the IPC.

The forest department have started an investigation into the incident and there is a high profile racket involved in the case, said Jajpur Forest Division Ranger Debendra Patnaik.

No Medical Practitioners Of Any Stream Can Claim Covid Cure: Supreme Court