Mid-day Meal not served in Athagarh school for 15 days 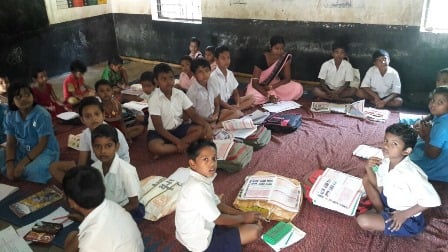 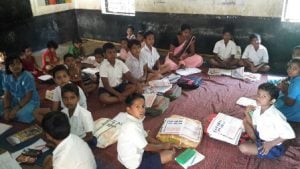 By Santosh Barik, Athagarh: Close on the wheels of a case where inmates of a residential school in Malkangiri district were being served just rice and salt by way of a meal, another incident has been reported in a primary school under Ichhapur panchayat of Atahgarh in Cuttack district where students have gone without their mid day meal (MDM) for  the last 15 days despite the availability of enough rice in stock.

Reports say the Gudupada Primary School under the panchayat having classes up to Standard V and a total strength of 69 students has not served Mid-day Meal since July 17. The incident came to the fore only after some students reported it to their parents recently. Some of the parents who reached the school and made an inquiry found that enough rice was stored in the school. When they questioned the Headmaster of the school about it, he shrugged off responsibility claiming that the rice kept there did not belong to the school.

“During our visit to the school, we found around seven bags of rice kept inside the office room. When we asked the Headmaster why children are not being served with meal while rice is available, he said the rice bags belong to a nearby Anganwadi centre. The Headmaster also added that Mid-day Meal (MDM) would resume in the school only after the district Collector makes arrangements for supply of rice,” informed a parent who visited the school recently.

The incident has sparked sharp resentment among the parents who are sending their wards to the school. Suspecting the Headmaster’s role in the denial of meals to the students, the parents have demanded an inquiry into the whole issue by the district administration.

When Kalinga TV contacted the Athagarh Block Education Officer (BEO) over the issue, he assured that an inquiry would be conducted into the incident and stringent action would be taken against those found guilty.