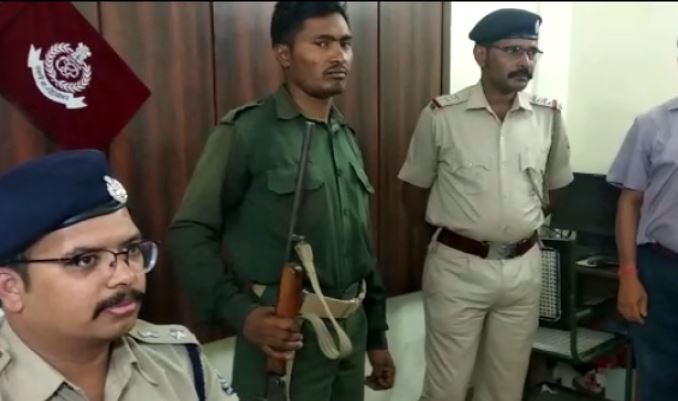 The surrendered Red-rebel has been identified as Parshuram Dharua, a resident of Karipai village under Boden police limits of Nuapada.

As per the police, Parshuram alias Montu remained active in Maoist violence in Nuapada and Kalahandi districts of Odisha and Gariabandh area of neighbouring Chhattisgarh State after joining the Mainpur-Nuapada Division of outlawed CPI (Maoist) group in 2014.

Following his surrender Parshuram said, the prevailing discrimination and growing torture of Odia cadres in the hands of Andhra and Chhattisgarh counterparts in the Maoist group compelled him to shun violence and return to the mainstream.

Parshuram also handed over a 303 rifle and 15 live bullets to police during his surrender.

Parshuram will be rehabilitated as per the prevailing policy of the Odisha Government for the surrendered Maoists, added police.