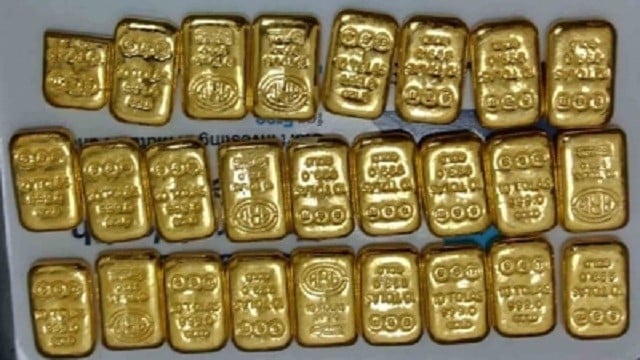 Chennai:  The Indian Coast Guard on Friday said it had seized 9.7 kg gold from a fishing boat in the Gulf of Mannar off the Tamil Nadu coast and arrested five persons.

The operation was launched at 10 pm on Thursday along with a Directorate of Revenue Intelligence (DRI) team onboard a Coast Guard ship and the suspect boat’s movement was closely monitored.

The boat was subsequently intercepted and gold seized. A joint investigation is under progress, the Coast Guard said.

Meanwhile, the Chennai Air Customs on Thursday seized 366 gm gold valued at Rs 18.4 lakh from two passengers who flew in from Dubai at the airport here.

WATCH: Tiger Takes A Bath In A Tub, Anand Mahindra Calls It A “Ticuzzi”