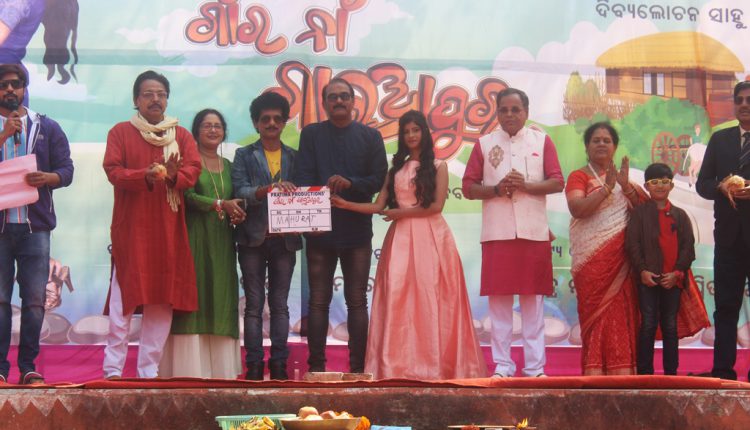 Bhubaneswar: The Mahurat of upcoming Odia film ‘Ganra Na Galuapura’ held today at the Chausathi Yogini temple premises in Hirapur. This is the first film of Pratima Productions.

On this occasion the mahurat clap was given by veteran actor Mihir Das while the producer Samprati Swaroop Satpathy broke a holy coconut to launch the film.

Soon after the Mahurat a scene of the film was shot there. Rest of the shooting will commence from January 21 in different locations of Nayagarh district, the production house said.

Among the actors and actresses the protagonist of the film Papu Pom Pom, newbie actress Manisha Dhar Mahapatra, Rabi Mishra, Manisha Mishra, Kuna Tripathy and Priya Mishra were present in the mahurat.

‘Ganra Na Galuapura’ is expected to hit the theatres on the occasion of Pana Sankranti, the production house intimated.